Shree Padma Nrityam Academy of performing Arts Inc. (SPNAPA) based in New Jersey, serves as a facilitator for cultural preservation, presentation, and exchange of ideas for South Asian Performing Arts with a primary focus on Indian classical dance - bharatanatyam. Trained under eminent Guru, the noted bharatanatyam exponent Dr. Padma Subrahmanyam, Bala - a bharatanatyam teacher par excellence, works on developing and perfecting the style that would be seamless and fluid while yet retaining the precision, power and purity of line - typical of classical dance. Bala had the unique opportunity to learn the core components of the 108 Karanas (temple sculptures). The Karanas are governed by artistic laws of permanent value of Natya Sastra, which is the specialty of her Guru Dr. Padma Subrahmanyam a great teacher - whose scholarly thesis on Karanas remains an inspiration to exponents in this field. This New Jersey based premier Bharatanatyam school teaches the revived dance technique translating theoretical concepts into practice, based on her Guru Dr. Padma Subrahmanyam research and teaching. Dr Padma Subrahmanyam has awarded the titles "Bharata Nrtya Seva Mani" and " Nrtyasali- completed course in 108 Karanas" to Bala Devi Chandrashekar. The New Jersey State Senate and General Assembly passed a joint resolution Honoring Bala Devi chandrashekar in Recognition of service to the Indian Community.

Bala has also served as the Artist in Residence at the Carl A Fields Center at Princeton University, New Jersey.

As a Professor of Practice, Bala is constantly developing Performing studies in collaboration with Theater and Dance, History, Philosophy, Linguistic anthropology and South Asian Departments of various Universities in the United States and served as Fellow and Artist in Residence at The Carl A fields Center@Princeton University. Bala has lectured and conducted workshops at Princeton, Rutgers, Columbia, Vassar, Mount Holyoke, Yeshiv, Temple, Univ of Penn, Drew, Rider, Mc Carter theater etc, Bala conducts workshops across the world. Bala is currently affiliated scholar of the South Asia Center and a honorary visiting professor at Annamalai University. 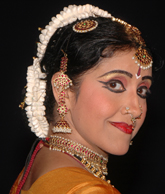 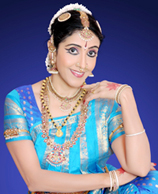 Bala has been a consistent performer for varied audience across the US, making a significant and discernible impact on the concert platform. She is a panel artist with the New Jersey state council on the Arts. And an active participant in some of the prestigious dance seminars and workshops. She is currently involved in developing Performing studies in collaboration with Theater and Dance, History, Philosophy, Linguistic anthropology and Music departments of various Universities in the United States. In addition to being a dancer and choreographer, Bala conducts workshops and master classes, and develops outreach performances and programs for schools and universities. Her work in the subject area of performing arts is recognized by some of the prestigious Ivy League colleges. 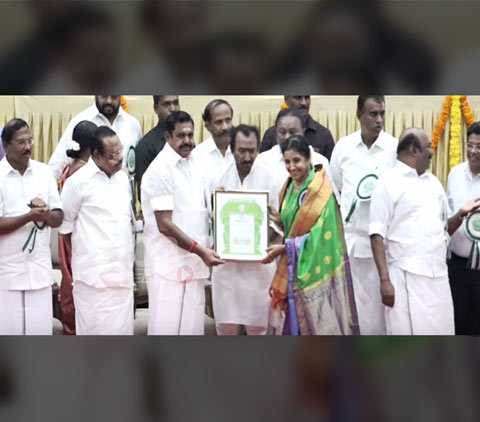 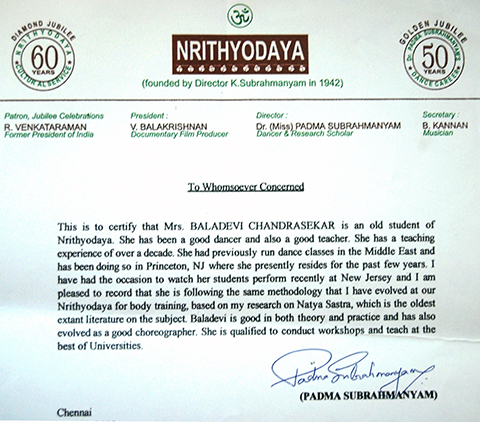 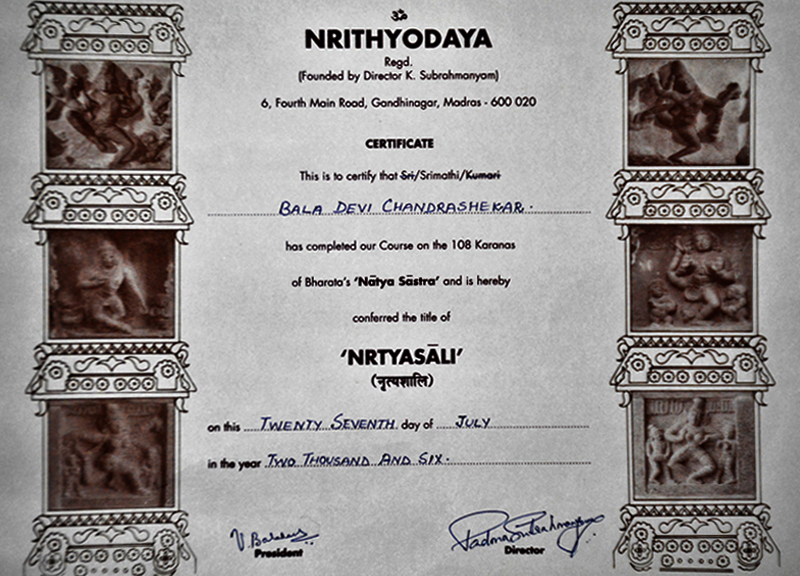 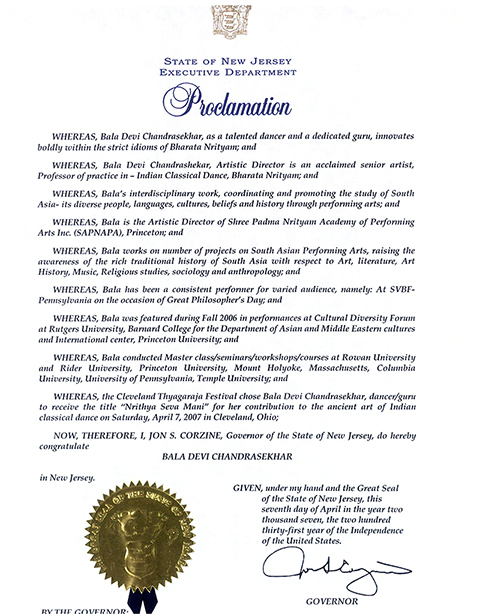 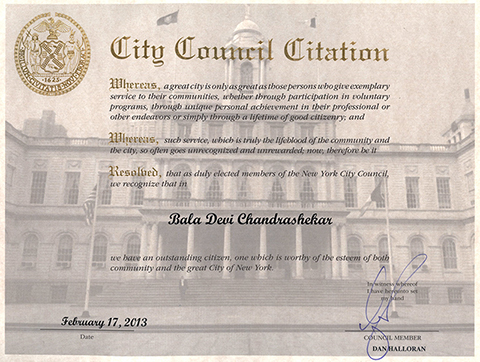 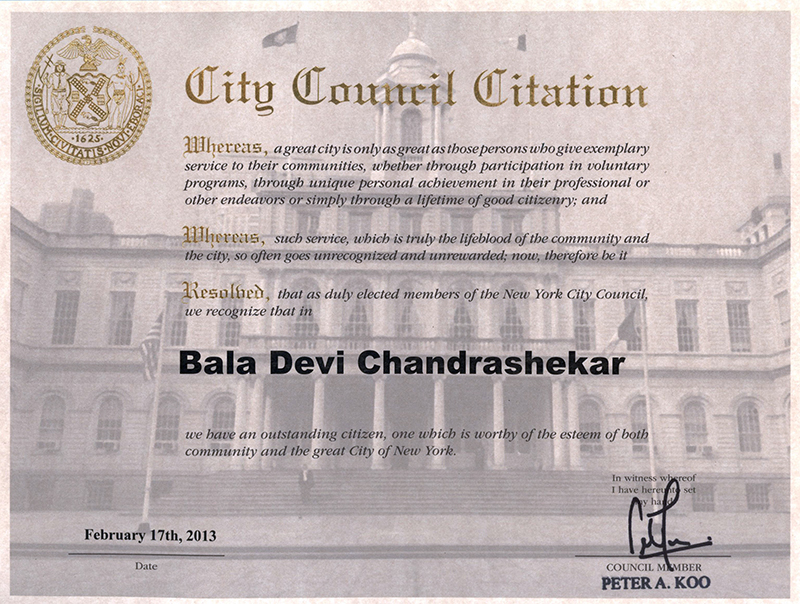 She was recently recognized by the National Foundation for Advancement in the Arts for coaching students in exceptional artistic achievements. Bala is recognized as a visionary and evangelist in the arts community for her passion to promote art and her willingness to take on complex and creative artistic challenges. In addition to her artistic endeavors, Bala is a management consultant. SPNAPA is currently involved in productions, which reflect a wide range of artistic expressions, ranging from traditional, modern to inter-cultural collaborations with artists of diverse cultures, countries and in the process striving to build a bridge between diverse cultures and traditions.